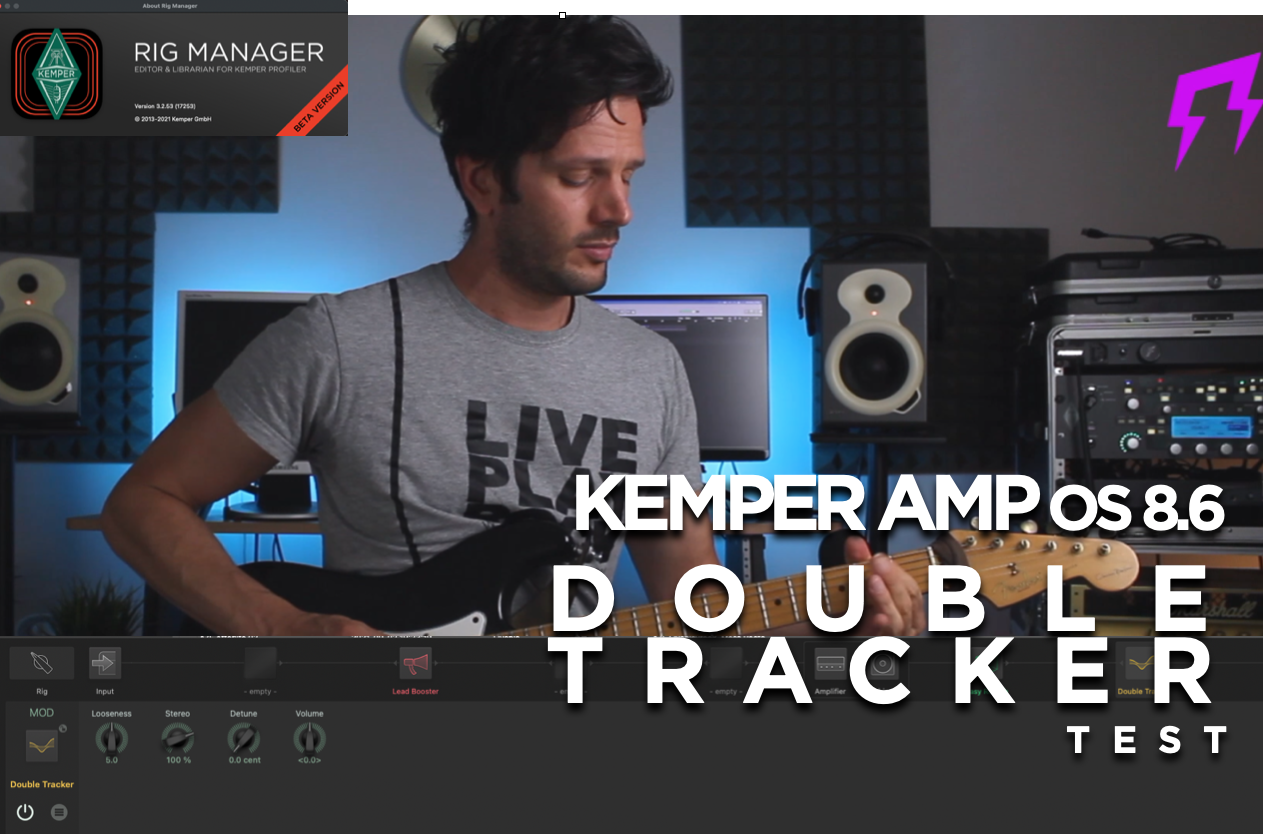 I just downloaded the new OS 8.6 release and also the new Rig Manager version 3.2.53 also in Beta version !!
We hope everything works !! Let’s hear how it sounds !!

Why is it useful and interesting?
The guitar was born as a mono instrument and to create a feeling of three-dimensional sound, first 2 mono tracks were recorded, left and right were creamy to create this type of effect. It is a kind of sonic illusion created by the brain. The DOUBLE TRACKER creates this kind of stereo effect for you! Even before this stomp, a similar (but not the same) illusion could be created using the Delay Widener (also present in the EQ section).

I imagined the DOUBLE TRACKER working like this: it takes the mono sound and duplicates it. On the left (for example) it sends it live while on the right it is as if it were delayed by a few milliseconds (you can manage them from the parameters).

You can also test the same type of effect on your DAW! On the Logic Pro X in the Delay section there is a preset called SAMPLE DELAY. If you rectify it as shown in the photo, you will create your mono track with the DOUBLE TRACKER effect!

Articoli per musicisti, Blog, Blog, Senza categoria
Share:
We use cookies on our website to give you the most relevant experience by remembering your preferences and repeat visits. By clicking “Accept”, you consent to the use of ALL the cookies.
Cookie settingsACCEPT
Manage consent